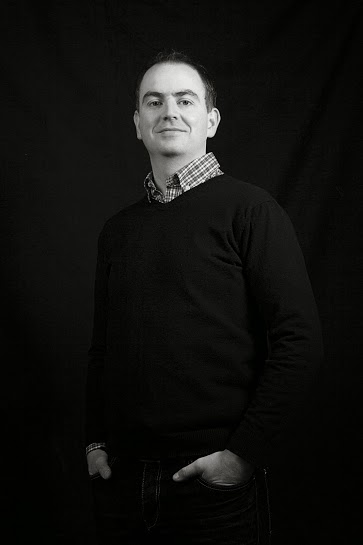 Martin Murphy has a single word for choosing a career. Passion. "It's the important thing," he says, though acknowledging that it may not always be easily recognised. "But if there's something in school, maybe a class that you really enjoy going to, that could be a pointer towards something you want to spend your life doing."

Martin always had a passion for construction, which led him from CPC first to Carlow IT for a Certificate in Construction Engineering, later to the University of Glamorgan in Wales to gain a Degree in Construction Management & Engineering. For more than three years now he has run his own company, providing design and build solutions to the construction industry in Kildare and surrounding counties. In between he gained invaluable experience working in the industry both here and in England.

The path from then to now was a little convoluted. After two years of study in Carlow IT he decided he wanted a break, to get out and see the workplace he was heading for. So he took a year out in 2000.

"I got a job with a consulting engineer in Naas. It was probably the best thing I ever did, because building was taking off in the area and I got to see so many different things from that office. I was involved in schemes in Naas, Newbridge and South Dublin. I was meeting future big developers, and I started to see where I wanted to go."

In September 2001 he went back to Carlow and completed his course, then chose Glamorgan for his degree. "There were a few of us wanted to do something other than going on to Waterford IT, or DIT. Glamorgan was a great experience, because I got to meet different people, and they do things a little differently in England."

With his degree secured, he came home and went to work with Ballymore Homes, run by Sean Mulryan. That was to be an eight-year stint from which he retains really good memories. "I have to say that the company was very good to me in my time there, and I ended up running jobs for them in London."

London was an eye-opener in a number of ways. Moving from low-level homes construction in Ireland to the towers of Canary Wharf was a totally new experience. "The whole scale of things was different. So was how business was done. At home we're more laid back, we kind of take people more at their word when doing deals. In England it's very contractual, you have to be on the ball, everything has to be black and white and down on paper. I made great friends and connections who are still important to me today."

Leaving Ballymore Homes was triggered by his upcoming marriage, to Noelle, in the autumn of 2010. Though the construction bubble in Ireland had been well burst by then, and he admits that people thought he was mad to leave a good job, he believed it was time. "I always had it in my head that I wanted to go out on my own, and I figured that if I didn't do it then, maybe I never would. So I took the shot. And I haven't looked back since."

His business involves design, planning, and project management, as well as individual house surveys, build costing, health and safety reports. In short, anything to do with the process of construction. His motto is 'conception to completion'. "I like to be in the middle of it all, running the show." His working area is Kildare, West Wicklow, South Dublin. "I can get in the jeep and be on site in half an hour." He'll try to only have two or three jobs running at a time. "Quality must come first, and if you try and spread yourself too much, quality will suffer."

Noelle is also in the business, but Martin makes a point of not bringing the business home. "I converted the old family home at Knockbounce into an office, so I go there in the morning and leave in the evening and that's the end of business for the day. If the office was at home, it would be too easy to fall into the trap of working all the time."

His outside interests include Kilcullen GAA, where he helps train the younger age teams. Which also gives the the opportunity to guide youngsters towards career choices. But he's not enthusiastic about the pressure they're under to go straight to College after Leaving Cert. "So often they just don't know what they want to do at that stage, but they take a course because they don't want to feel a failure at not going on straight away. There's no encouragement of the 'gap' year that most young people do in England and other countries."

That time can be very important in finding the passion that Martin believes is a key requirement. If it isn't there, a period spent travelling, working in a place which might seem interesting, can often be the way to find a direction. "Even if it's just doing copying in an office, you'll see if you like the environment, if what's going on in the company is interesting. You'll soon find out if it's an area you want to be in."

For anyone who does go straight into doing a course, he has some direct advice. "If you find in the first couple of months that you don't like it, step back, because you're probably not going to like it for the three years. Take the next nine months out and try and get some experience in an area that you might be interested in. But if you find halfway through a course that maybe it's not where you want to be, finish it. Future potential employers will see that you have it in you to get a qualification."

If you're still back in Fifth Year, you should be thinking generally about what kind of thing you might like to do, and try and get some summer job experience in a company related to it. You might have to persevere in looking for that job. "Everybody says there are no summer jobs out there, but if you don't ask, you won't get. Knock on enough doors, and you'll find one."

And maybe passion will be lurking behind that particular door.
Posted by Brian Byrne at 12:44 AM

People of the Holly Bush is a project by Kieran Behan and Brian Byrne to offer a photographic and words insight into a range of people who make up the current community of Kilcullen and its environs. The title comes from the translation of Cill Chuileann, 'Church of the Holly'. New profiles are in train, and the site will update on an occasional basis.